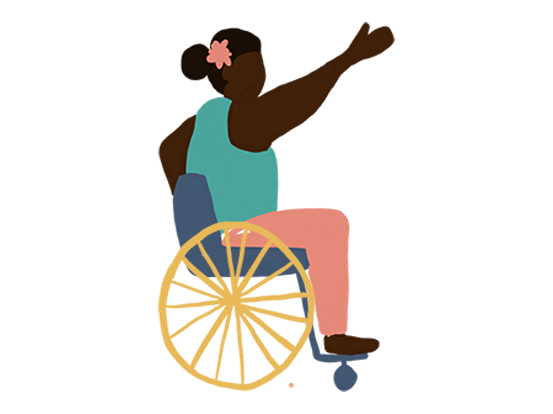 Imagine you are waiting in line for the bus to work. Your vision blurs, the floor shifts underneath your feet like someone’s pulled the rug out from under you. You realise you’re laying on the floor surrounded by strangers as you open your eyes and hear people around you whispering “I think he’s drunk.”

This is exactly what Tom faced the first time he had a Multiple Sclerosis episode. It took a full year before doctors were able to diagnose the disease. Years later, Tom knows when he is going to have an episode but still has no control over the feeling that the world is distorting around him, his body responding as if it’s really happening. He knows it’s only going to get worse, not better, with time.

For a number of years since his first episode at the bus stop and his subsequent diagnosis of MS, Tom became increasingly depressed and isolated, only leaving his house for hospital appointments. He had no family close by, the MS Society Marjorie Collins Centre in Redbridge was his only available support.

Just by chance he went to the Centre when CoDa was delivering a workshop. Reluctant to take part at first, after a number of weeks of building a rapport with CoDa facilitators, he joined a session. He told us

“I didn’t want to get involved in the dance classes, but as soon as I did, I felt better about myself and I want to do more. It’s a big part of my week.”

Tom went on to attend weekly sessions for the remainder of the 18 weeks project and was invited to take part in a focus group to talk about his experiences since his diagnosis. After Tom told us about his experiences, we asked him if we could use some of his experiences and words as a way to generate movement in a studio-based setting. He seemed unsure of what we meant and we explained we would like to bring his experiences to life through professional dancers. He was excited and sceptical about how this would work, but a few weeks later, we invited him to come and see what we were creating in the studio. He was “amazed” by what we had produced. He explained that it was important to him “to be able to share with people my situation, the impact this has had on us all, is amazing. I really think [dance] is something that can help everyone.”

Race, gender and disability politics have highlighted the importance of seeing oneself represented in the public and cultural realms. For neuro-disabled people to see their experiences represented in the cultural landscape will be an incredibly validating experience, and one that Tom wants to be part of:

“Seeing my symptoms brought to life through light and dance was fascinating. I’ve never been able to fully explain it, but I really felt the dancers showed what it feels like for me each day. Everyone should see this to understand what it’s like to have MS”.